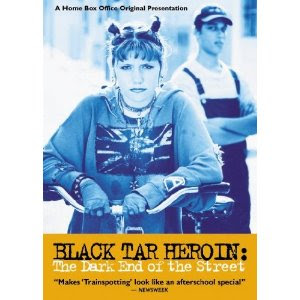 I know I do my fair share of handwringing about the homeless in this city, the down-and-outs’ land of milk and honey, but I have to admit that I am often deeply touched by their gallantry. When I was noticeably pregnant, they were always the first to jump up and insist I take their seat, while not one triathaloned toned businessman ever did. Even when these expensively suited men were seated in the front seats, which able bodied passengers are required BY LAW to relinquish to the elderly and handicapped, they would remain firmly planted, intently studying their smart phones or laptops, self servedly oblivious. At times like these I would become desperately homesick for the South, where no self respecting, vigilante minded redneck would ever let this behavior stand.

The other day I was humbled by their chivalry again while I was riding my bike to work through the heart of the Tenderloin and the chain popped off my gears. Two men loitering and passing a bottle back and forth on the corner ran up and expertly replaced the chain on the gear and provided me with a very patient and informative lecture about how to shift properly. They also waved away my attempts to pay them. Thank you to them! Their act almost made up for the confrontation I had with a drunken crazy ranting man the night before at the bus stop who demanded to see the contents of my backpack and chased me about 50 feet before a coworker and a muscular Samaritan came to my aid and scared him off.

To relieve the tedium of sorting through the volumes of email the library receives I often listen to music on Youtube. I have been on a Dark end of the Street kick lately, and all of its countless covers. This song, banged out in 30 minutes by Muscle Shoals songwriters Dan Penn and Chips Moman, who wanted to write “the best cheatin’ song, ever" has been covered by practically everyone: Percy Sledge (great, but a little too adenoidal), Linda Rondstadt, Aretha Franklin, Cat Power, Dolly Parton, the Committments. Besides the original, by James Carr, my favorite is an obscure version that was used to such heartbreaking effect in Steve Okazaki's brutal documentary Black Tar Heroin: Dark end of the Street. After listening to the lovely, haunting version about 30 times, I noticed that the singer shared the name of a coworker of mine. I asked her about it and she said, “Yeah, that’s me. I’m old friends with Steve Okazaki.” My life has been full of these eerie coincidences lately, especially regarding repeated random people sighting. The fat man who is always sitting on the same curb smoking a joint that I pass on my run no matter the time, the woman who is always in my Bikram class, no matter how I switch my schedule up, the older woman with the Louise Brooks bob I run into almost every shop I go into. Either I am under surveillance, am starring in my own personal Truman Show, or, most likely, that all of them, and all of you for that matter, are just phantom, increasingly recycled computer images in the artificial matrix construct of my mind.

Speaking of cray cray, here is a sampling of some of the emails I received the past week:

Angry crazy
“How dare you use my tax dollars to purchase books from China, a totalitarian regime that forcibly rips out babies from the wombs of their mothers?”

“Why do you never have any programs promoting straight, white males? Will you not be satisfied until you systematically destroy us? 99.9% of all patents are filed by straight white males. When you destroy us you destroy civilization! I gag at your insane liberal agenda.”

World salad crazy
“where do we water your imagination paper on the computer?”

Insane in the membrane crazy
“If 71% of the people polled don't know or even care what about what happened in Ireland in 1823? It was actually Sister Bridget Mulroney that had a cup of Marijuana tea with his later brother Jesus H. Christ.....Anyway It was also in Dublin Ireland. It was the 15% Solution. It not only tastes good it smell real good Private Joke.........No, because I was a living sacrifice too! I have the scar om my comatic skull with the Same Gun that Dan White used!!!”

Have you seen Paul Bartel's Secret Cinema? Similar concept to the one in The Truman Show, but made in the 1970s.

Thanks for sharing the crazy. I love the contrast of the Be-suited man sitting in the handicapped space on the bus with the expert bike technicians on the corner.