Why I Will Miss Riding the Bus 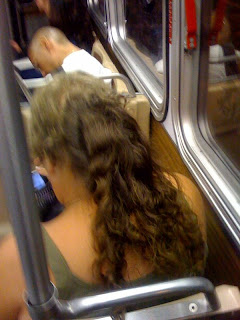 Don't even try denying it, because I know exactly what's going through your head right now: What would this hair look like spilled across my bedroom pillow in the moonlight?

Now that I'm no longer pregnant I've resumed commuting by bike to work. I will be so sad to miss out on unexpected pleasures like this.

I found some mullet inspired haiku on the internet. I have entitled this one Mullet Picnic in the Park.

This super cool hair
And a bucket of chicken:
What more could I want 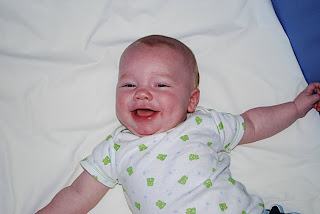 I apologize for the long hiatus but something about pregnancy and the post partum period made me too mentally thick to blog. I felt like the guy in Flowers for Algernon after the experimental procedure wears off and his IQ plummets from genius levels to his original IQ score of 68. Since I was hardly at genius levels to begin with, I basically went from functional to persistent vegetative state. I didn’t get any reading done either. I pretty much kissed books good-bye one after I realized I had spent 5 minutes puzzling over a People magazine article like it was Advanced Genomics.

But the little darling is so worth it!

I have been bleeding my colleagues for tales of all the happenings while I was gone. My first time at the desk a tweaker lady approached the desk in a palsied gate and asked where the lost and found was. I told her security handles lost and found and directed her to the office. She drew back and looked at me with narrowed, suspicious eyes, like I was sending her into a trap.

“What are they going to do in there, tie me up, handcuff me and fuck me?”

It’s good to be back.